Gaspar Müller, bandoneon, guitar, arrangements (Buenos Aires): Gaspar completed his music studies in Argentina (guitar, piano and harmony). Later on, he obtained a Superior Certificate of Composition from the ESMUC (Barcelona). He obtained the first prize of the Composition Competition of Badalona, Spain, and in 2011 secured the first prize at the competition in Nijmegen, Netherlands for his tango arrangement and interpretation. Gaspar has played in many European countries as a member of tango, jazz and modern music ensembles. 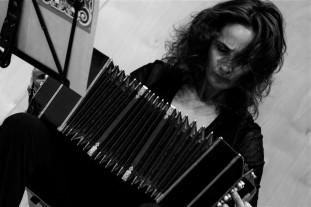 Almut Wellmann, bandoneon (Würzburg, Germany): Almut started her musical education at the age of five, playing in a variety of orchestras. She completed her education in Eurhythmy in the Netherlands, where she took her first steps in tango as a dancer. Starting in 2006 she studied the bandoneon with Rodolfo Mederos in Buenos Aires and played with the tango orchestra from the “UINA”. She plays with the “Quintet Charly Tango” (France) and the quartet “A Puro Tango” (Germany). 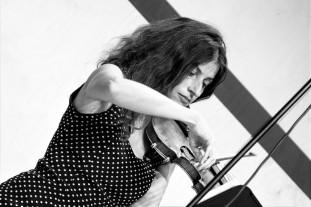 Berna Jones, violin (Santiago de Chile): Berna is the daughter and grandaughter of well-respected chilean musicians, and she follows this tradition. In 1987 Berna received a scholarship and participated in the «Festival of Music at the Interlochen Centre for the Arts», Michigan (USA). In 1993 she won the «Liga Chileno-Alemana» competition and this allowed her to continue her violin and composition studies in the «Hochschule für Musik» in Karlsruhe, Germany, where she develops a soloist carrear. 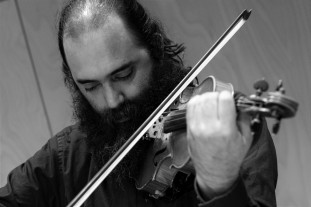 Jaime del Blanco,  violin (Montornès del Vallés): Jaime is a very versatile musician with a passion for music education. He graduated as a Superior Professor of Violin and Chamber Music at the «Conservatori del Liceu» (Barcelona). He has played with many Catalonian orchestras in a variety of genres and has complemented his classical music education with the study of contemporary styles. Jaime is the co-founder of the Asociación Joan Manén and teaches at the school of music «Pausa» and the «Taller de Músics».

Leandro Avalle, piano (Buenos Aires):  Leandro studied at the “Conservatorio de Gral. San Martín”, graduating with the highest honour under the guidance of Nora Caperán. In the following years he continued developing his pianism, with scholarships for post-graduate courses in Mexico, Paris, and “Conservatori del Liceu of Barcelona». He won the first prize of the piano competition organized by the Northlands College Art Centre. Leandro regularly plays as a soloist and as a chamber  musician with several ensembles in America, Asia and Europe. 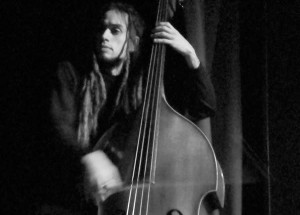